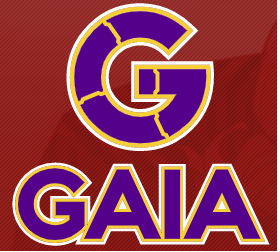 Another article today, where I throw caution, common sense and self respect to the wind, and come up with a team idea that I haven’t had the time to use yet. Still, you will be reading this on a Friday, at work. Take a look outside. It’s the weekend soon. Relax. Go for a swim. Have some cake. Read an article. Bliss.

I have the need to talk about ladies and tentacles.

Gaia is a strong control piece. Whilst she cannot go into scoring zones except by limping there with her meat legs very, very slowly; with her tentacles she can fling herself around the other deployment zones with impunity. She has limited movement, but she is able to cover the most ground in a turn in the game.

Oh, and she also has these….

These horrid tentacles can make it very hard for anyone to move away from them. Many characters have only a single die of agility, and with one or two of these things around it can be very difficult for them to move away until they are destroyed. Whilst they are not hard to kill, they will eat up attacks in doing so. Also, if they lock down a ranged character like Wild Bill or Major Lunah, they might be unable to destroy them on their own without resorting to a contender shot.

She needs some Aristos to help with damage output. So, who first?

Hannibal does some decent damage with Coordinated Assault as long as he has allies to help him. Gaia’s Gorgoneions count as allies. This means that as long as Gaia sets some of them up first, Hannibal can get a couple of good value attacks. He can potentially get two attakcs, each with a red die and three orange. If he really wants to, he could use Programmed Strategy to allow her to use Anaphero first to deploy some.

One of his cards can also add to her ability to use Siren out of activation, moving your team out of harm’s way, moving them nearer to a scoring zone, or moving a hostile target that scored last turn to somewhere far, far away….or near one of your damage dealers to finish them off.

I like Senor Massacre for his mobility, and his damage output. With Hannibal he is able to do any of his actions with Programmed Strategy. He can potentially taunt someone and then later in the turn have Gaia move him to another part of the board. This can leave his target with no way of attacking Senor, or anyone else.

His cards, as I will show later, can also be used to lure targets into deployment zones, or into base contact with Gorgoneions, which can potentially prevent them from moving for a fair while.

Massacre has some good melee punch, and some more control. I think I need some ability to control states in the team.

Her skills, once again, all work well with Hannibal. She has the speed to be able to score herself, and is generally a good pick in most teams. I don’t think she will be using her healing much except on Senor Massacre, as the team isn’t very tanky and many characters are liable to get taken out fast if they aren’t controlled.

I think in this team she will have good damage output with Submachine Guns Akimbo and Pointman, and she is versatile enough to be a scorer when needed. She is also able to remove states from Gaia, to keep her actions from being hurt by a stunned, or a silenced.

Now for the cards….

I left out Tectonic shake as it is banned from some scenarios now, and her other cards are great. Epirogenesis is basically a Siren without having to spend action points or roll a dice, which is a great start. It also allows her to move a lot of targets and still have action points left to deploy her Gorgoneions. Earth’s Fury can do some nice damage at the beginning of a turn when a scoring zone has changed, and help untie / tie up targets for the next rush to score. Plus doing damage without having to roll dice is always good.

Code <Blitz> in this team seems very useful – this team has potentially lower damage output than some and Siren really needs to work if you use it. Code<Dive> works in this team so well, as Senor Massacre and Gaia can both move as actions.

Say it to my face! when combined with a taunt from actions of from Kiss My Sex Ass! Can pull a model out of a scoring zone, or into a deployment zone where Gaia can do horrible things to them. Kiss My Sexy Ass! can effectively prevent most of your team (and Gorgoneions) from being attacked. Field Analysis can be crucial for you to get an activation when you want it to control or take out a key target. Finally , Advanced Surgery is just great, an Aristo coming back on full action points isn’t to be underestimated.

Anyway, there is the team idea. Let me know what you think, either on Facebook or on Twitter @Ihexadome.